So I have been a bit MIA, but it was for a good reason! Noah decided to grace us with his presence on Sunday December 18 at 1:45PM, 5 days past his due date, weighing in at 9 lbs and 21 inches long.We have spent over a week with him now and fall more in love with him every day. He is laid back and very docile, not minding being passed around like a hot potato. He makes hilarious faces and a lot of different noises, I especially love his smile. He is a wiggly ball of cuteness and I love him more than anything.

Noah's Birth
On Sunday, I began having timeable contractions around lunch time and we decided to head to the hospital around 10PM. Things weren't progressing quickly but I was in quite a bit of pain and had a fever so they admitted me anyway and got right to the epidural. The epidural didn't work at first but after an adjustment I felt MUCH better and got a little bit of sleep during the night. By morning, things were moving. Unfortunately, the epidural was starting to fade and the new anesthesiologist was less than cooperative. By 9AM was feeling contractions as if I had no epidural at all. While the anesthesiologist struggled to figure out how to fix it, while not listening to me at all, I progressed to fully dilated by 11AM and started pushing.

Pushing helped the pain a little bit but it was pretty terrible. Having the epidural was the only thing I was counting on for labor and I never thought of the possibility of not having it. 3 hours later, Noah seemed a little bit stuck so the Dr. suggested using the vacuum to help him along. 3 contractions and pulls with the vacuum later, Noah was born! Jake and my mom were there for the birth and he was perfect from the start. He had no troubles and got high APGAR scores of 8 and 9 out of 10. Jake kept a close eye on him while I was stitched and cleaned up.

It seemed like forever but about 10 minutes after he was born they put him on my chest. It was an amazing moment. He immediately stopped crying and watched me very closely. Having my husband next to me and my son my chest was the best moment I have experienced in my life.


Noah Comes Home
We stayed in the hospital for 2 days and Noah did great. We got to bring him home on December 20, just in time for the first night of Hanukkah! Already celebrating the holidays at 2 days old. The kitties are suspicious of him but they get more used to him everyday.


Christmas and Meeting Family
We traveled quite a bit for Christmas and Noah met SO many family members. He spent time with: 4 grandparents, 3 great grandparents, 2 uncles, 1 aunt, 6 great uncles, 5 great aunts and 11 second cousins! He did great with the car travel and with meeting all the new people. He is very comfy being held by anyone and rarely cries.

~How far along? 40 weeks (plus 2 days)
~Total weight gain? about 25lbs
~How big is baby? the size of a watermelon
~Sleep? not tonight at least. the reflux is terrible
~How are you feeling physically? pretty fine during the day but uncomfortable at night
~How are you feeling emotionally? impatient... very impatient
~Best moment of the week? well... hopefully it will be having a baby later this week but I am not sure if that is going to happen.
~Movement? still lots and it is like an earthquake.
~Cravings? not much, just anything that doesn't make me sick which is not much.
~Labor Signs? I am pretty sure I lost my mucous plug... maybe. who knows what the hell is going on at this point.
~What I miss? being able to sleep comfortably
~What I look forward to? finally getting this baby out!!!

Posted by Shannon at 1:01 AM No comments:

That is about it. This baby is due today and is refusing to come out. I have tried so many Old Wives Tales and all of them are lies. I am thinking about trying acupuncture tomorrow, maybe that will work.

Please exit the womb in a timely and orderly fashion.
Posted by Shannon at 7:03 PM No comments:

There's a Full Moon Out Tonight- The Lunar Effect on Childbirth

There's a full moon out... well not tonight but tomorrow and it has people talking. I had never heard of this theory (myth?) before but apparently it is a widely held belief that more babies are born under the full moon. I think it falls into the same category as hurricane babies and after talking to people and doing a google search, it certainly seems that there is anecdotal evidence that it might be true. This could prove to be very beneficial for me if it is true.

BUT, it seems that actual studies, as opposed to nurse tales, show that this is simply a myth. So, who really knows what could help speed labor along. You can read more about the Lunar Effect here:
http://tlc.howstuffworks.com/family/births-full-moon.htm

I checked in with my Dr. today to ask a question and mentioned the full moon and my nurse said that she whole heartedly believes that it makes a difference. We will have to wait and see! 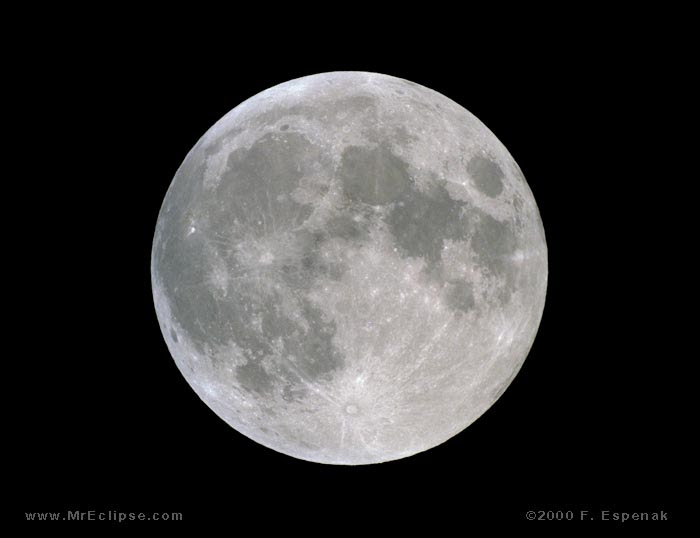 Posted by Shannon at 3:14 PM No comments:

Today the bump is looking festive in a red sweater. I think it may have dropped a little bit but nothing dramatic. Looks like he is comfy in there and isn't making any immediate moves to evacuate the premises. 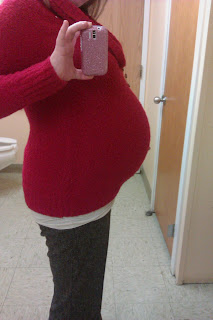 (Taken in my lovely work bathroom)
Posted by Shannon at 12:01 PM No comments:

Email ThisBlogThis!Share to TwitterShare to FacebookShare to Pinterest
Labels: photos

Someone asked me yesterday what I was looking forward to most after the baby is born. I thought of a lot of things that I simply cannot wait to do/feel again. Wear my wedding rings, bend at the waist, wear pants without a panel in them, wear heels, put on underwear without falling down. All of these things are important and exciting.

But then I realized what I REALLY am looking forward to. I can't wait to see Jake hold our son for the first time. I have gotten to know him over the past 39 weeks and I feel like, even though I haven't seen his face yet, I already know him. Jake often jokes about how I am hogging the baby and won't share, although at this point I am very ready to share!

Jake wants to meet this little guy more than anyone and I can't wait to see his reaction to seeing and feeling him for the first time. I know he is going to be an amazing father and even more than the moment where we can hear the baby cry, I look forward to seeing him look at our baby and recognize himself in his little wrinkly face. I have no expectations about labor being beautiful or something I will look back on fondly but I do feel like that moment will be a really special moment that I will treasure.
Posted by Shannon at 4:59 PM 1 comment:

39 weeks! It's the last week before our due date!

~How far along? 39 weeks
~Total weight gain? finding out tomorrow at our appointment but about 22lbs
~How big is baby? the size of a watermelon
~Sleep? eh, it depends on the day. the cats don't help, that's for sure.
~How are you feeling physically? some days good, some days bad
~How are you feeling emotionally? impatient
~Best moment of the week? feeling accomplished at getting some nesting done with our freezer meals.
~Movement? lot and it is starting to HURT. he is getting big and running out of room in there fast!
~Cravings? banana bread- turned out delicious and also brownies- i am going to make some today.
~Labor Signs? some light contractions but unfortunately nothing else
~What I miss? wearing my wedding rings
~What I look forward to? officially starting my leave on FRIDAY!!!

Posted by Shannon at 4:41 PM No comments:

This past weekend was very productive and we were able to cross a ton of stuff off my To Do list. I added a few things too but they are pretty small. There might be things I am missing but my brain is so fried at this point that I can't even think of what they would be.
This dreary Monday morning finds me very achy. My back hurts, my fingers hurt, my hips hurt. I feel like an 85 year old. Sitting in the car and then at my desk is not the most comfortable place to be but then again I have a hard time getting comfortable no matter where I find myself. *sigh* 8 days until my due date but who knows how much longer until we get this show on the road... seems like it could be forever at this point.
I leave you with a fun picture from Christmas tree trimming this weekend: 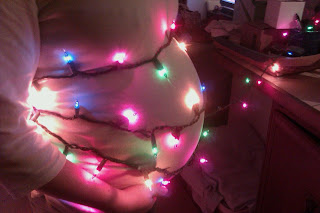 oh tannenbump oh tannenbump... unfortunately the lights didn't annoy him enough to make him want to budge.
Posted by Shannon at 10:13 AM No comments:

Today we tackled freezer meals for easy dinners after the baby arrives. We made 5 different dishes and would assume that we can get at LEAST 2 nights of dinner out of each one, maybe 3. Plus, Jake made and froze 4 lbs of meatballs a few weeks ago and we have a ton of jarred homemade sauce. I think we are pretty set for a while! 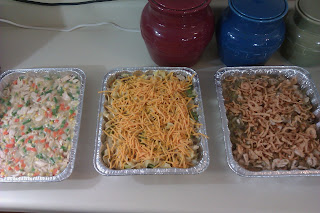 Phase 2: Tomato based pasta dishes, they look the same don't they?
(Jake took over on this phase, I got tired and my cankles got angry)
1. Baked Shells
2. Lasagna 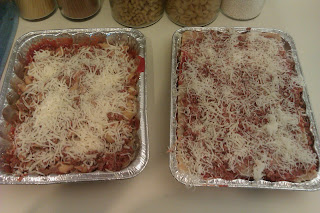 Now I have to figure out what we make for dinner tonight!
Posted by Shannon at 3:40 PM 1 comment:

Ready when Baby is...

With 1 week at work remaining, I find myself with little left on my office To-Do list. My desk is clear, my list crossed off and my voice mail message changed to reflect my leave. What else can I do?

My at home To-Do list still has some tasks remaining but not too many and nothing that is so important that the baby can't come anyway.

Yay! It's finally December! This month seemed so far away when we first found out we would be parents but now I can't believe how fast it actually arrived. I feel like it snuck up on me. Maybe because it was 60 degrees outside yesterday?? More likely, I have just been so busy getting ready that I didn't notice how fast it went by until it was gone.

Here we are, the final days. Welcome December, you have been a long time coming!

Posted by Shannon at 5:40 PM No comments: