This week Noah reached the 7 month mark. I can't believe it! He is growing and changing so much everyday. 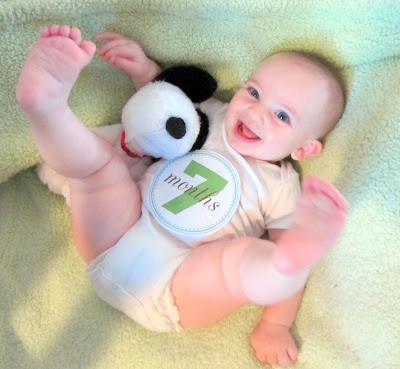 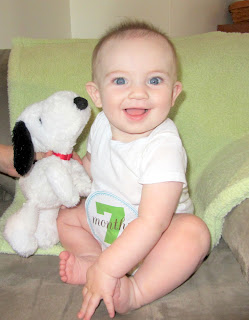 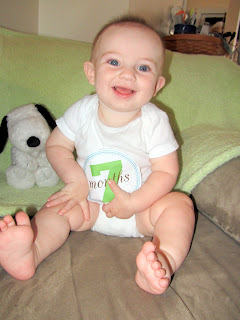 Taking pictures was hard because Noah kept trying to eat the number 7. He would rip it off of his shirt and shove it in his mouth. These photo sessions are getting harder and harder to do!

Crawling, for REAL! Noah is a fast fast little guy. He is now up on his knees crawling around and getting into all sorts of stuff. He chases the kitty, turns the volume on the TV up, bangs on the baby gate, pulls DVDs down from the shelf and pretty much gets into everything.

Along with crawling, Noah can pull up on everything he can get to. He pulls himself up on the ottoman and on his crib. His daycare teachers continue to be amazed with his skills and think he will start walking early. One has money on 9 months. I'm not ready!!

New Fun Things-
Noah's new favorite game is Peek-A-Boo. Before when I tried to play this with him he would look away and not pay attention. Out of sight, out of mind I guess. Now, he knows that I am hiding and that he should keep looking. He can figure out where I am and pull a blanket off of my face. It is really amazing to see how much he is developing mentally as well as physically. Old toys are also fun, like his stand-by- cups! 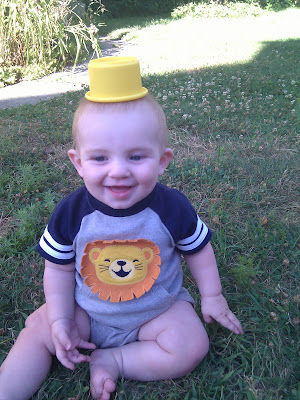 During a spell of an ear infection we discovered that Noah is allergic to amoxicillin and all other types of penicillin. He broke out into a full body rash and was very very unhappy about it. As soon as we stopped giving it to him, the rash went away pretty quickly. From now on we will have to be extra careful when he is gets sick and needs medicine.

I can only imagine what new things we will encounter before Noah is 8 months!

Today was Noah's first adventure to the beach! We spent the morning at Patch beach, near my office. He is basically a fish. He LOVES the water. Any kind of water. He would have swam off on his own if we had let him. We had a great time playing with him in the waves and can't wait to go back again. 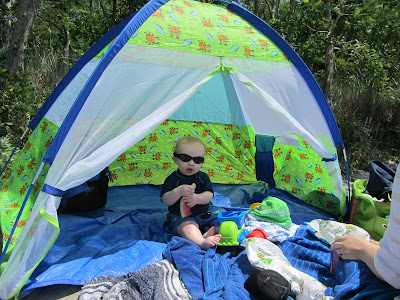 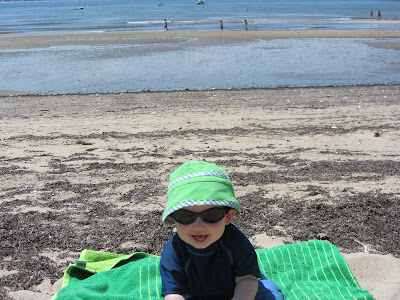 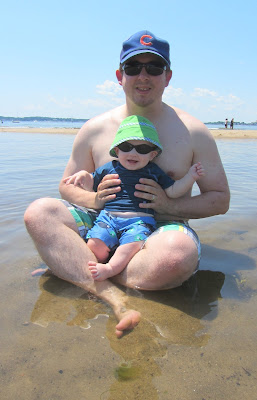 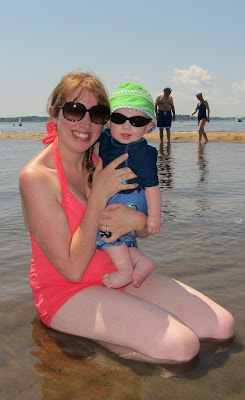 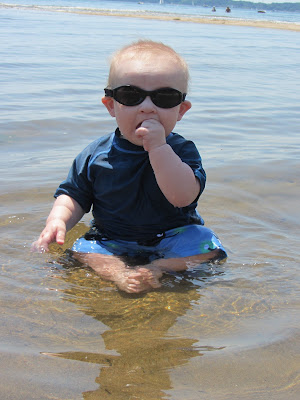 Time to lower the crib mattress! 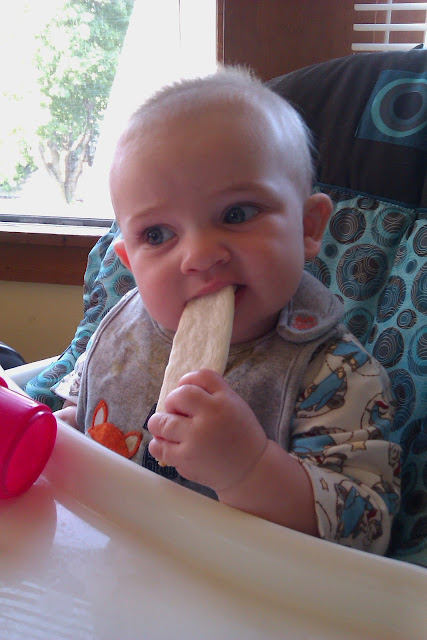 Posted by Shannon at 4:50 PM No comments: